FOUR ORPHAN BABIES NOW HAVE A MOMMY AND DADDY 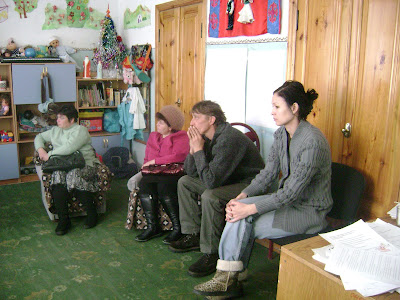 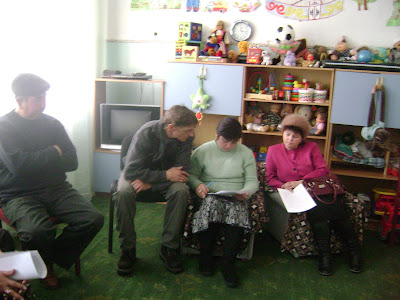 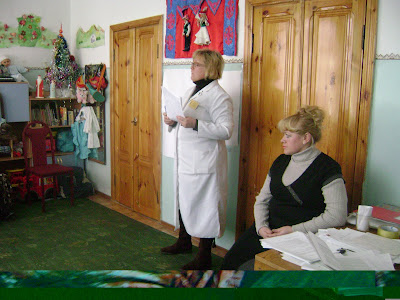 BABIES ARE GETTING FAMILIES - FOUR MORE ADOPTED FROM THE BABY HOME! National Adoption is GROWING!

Thank you sponsors - thank you over and over again. This report is just in from Kyrgyzstan:

Below is the report from Janell. (She is the government worker we trained to conduct this training along with the director of the baby home - Dr. Tatiana and her social worker - Leana. They have now conducted four pre-adoption trainining programs. This series of training - ended with four babies being adopted! Wahoooo! Praise God for this wonderful news.)


The days of the training: 24, 25, 28, 29 December 2010, 4, 6 January 2011.
At the training there were 6 parents (four families) two of them have already adopted their babies. The parents participated in the training with a big interest, they were very attentive and appreciative. Especially the parents were interested in adaptation period after adoption and genetic impact on babies and wanted to get as much information as possible. In the course of the training the parents asked a lot of questions about challenges and problems after adoption. In addition to the content of the training the trainers gave the parents more additional information such as Child Welfare System in Kyrgyz Republic, escort of adoptive parents in KR, adoptive parents’ and their adoptive children’s rights and Kyrgyz Legislation on Adoption.
Posted by WALKING REFRESHED - LIVING REFRESHED at 6:26 AM

This brings joy to my heart.