UKRAINE - JUST A REMINDER WHY WE PUBLISHES BOOKS

A WORLD WITHOUT ORPHANS
ONE FAMILY AT A TIME

When asked why publish books - we go to the personal stories of those who have been helped and there are many.  Here is a story told to our staff in Ukraine.

Elena was given one of the recent our recent publications, Wounded Children Healing Homes, by Jayne Schooler and Betsy Keefer.  We had this book translated into Russian and published in Ukraine and have distributed it in Ukraine, Kyrgyzstan, Russia and even Kazakhastan.

This story tells it all - Elena sent this to us: 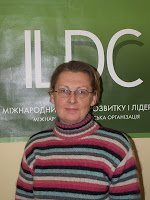 My name is Elena Novikova, I live in Ukraine. I am 54 years. I am a trained psychologist, since 2006 an adoptive parent.
In March of 2012, I went through an adoption crisis. But I realized it only after reading “Wounded Children Healing Homes” book.

In 2006 we have adopted a little girl. She was four and half years old. 20 days later we also adopted a boy. Both of them had obvious attachment disorders, less with the boy, he caused almost no problems. But the girl, as it appeared later had serious attachment disorders. She always wanted to get away from us, boycotted any house work, never cleaned up after herself, did not want to do her school home work and all she wanted to do was to go out and hang out on the street. Her close friends including my husband and I, got stolen money and were lied to all the time. She was stealing from the pockets of jackets in school locker room. She had no moral ethics and did whatever she wanted. I had to change five schools because of her behavior, and she continues stealing. In January of 2012 it got worse. She kept  stealing and lying and then insisted to leave our family and go to another one. I took her hand and brought to a social service agency to the inspector, then was she sent to a government shelter  to wait until I could apply for adoption disruption. We could see how our adopted son was suffering too. He was a good student, tried to help and when our adopted daughter offered to him to leave our family too, he refused and told her that he likes our family and he is happy here.

A week after I took our daughter to a government shelter, I started to doubt whether I was right with what I did. Before that, I visited psychologists and doctors, to find out what I was doing wrong with our child, and why there was so much tension between us. No one could really tell us or write a diagnosis of mental retardation or physical disorder of the central nervous system.

I could see a lot of controversy in what was happening  plus I could feel like my physical strength was leaving me. One day, I came across the book "Wounded Children Healing Homes” which describes how traumatized children affect foster and adoptive families. I began to read every single line eagerly, and finally I found answers to all the dead-end questions that nobody else could answer before. I realized that the crisis of adoption is OK an expected thing, and I have to work on it instead of applying for adoption disruption. I began to understand my daughter’s behavior and myself. This information was exactly what I was looking for. Where else I could find out about what is happening with adoptive families in situations like mine and why adoptive families begin to treat their children bad though like never attend to do it?  I finally relaxed and all things fell into places. I let my daughter be herself and tried not to look at her through her character and realized I could not do anything to change it. I began to look at her as someone that has psychological traumas. With that confidence I went to Children Service and asked them to return my child. It was not easy, because Children Servcice has already held a meeting where they made decision that could not be a candidate for adoption of this girl again. Based on the facts and  I read and studied that were described in the book, I was able to prove that my family had been going through a crisis of adoption and  instead of adoption disruption and separation both my daughter and I need to be helped. I was heard, and I took the girl back from the shelter where she was already getting familiar with new candidate families. 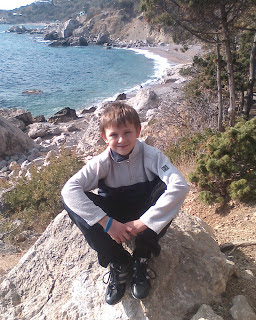 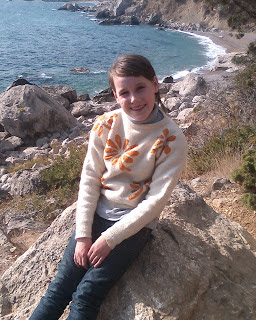 I thank the authors of this book, and whoever was involved in helping to publish it and I wish them a long and fruitful life. May God bless you, you are doing amazing work!
Posted by WALKING REFRESHED - LIVING REFRESHED at 6:08 PM